The Monumental Heart of Porto 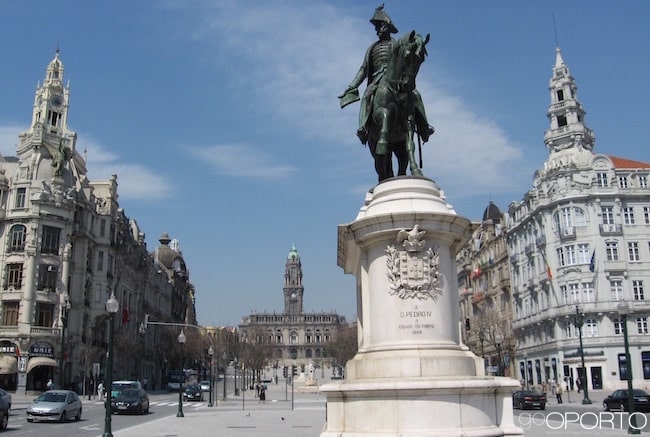 The imposing Avenida dos Aliados is the heart of the city, a sloping boulevard lined with grand buildings and a central promenade. Most of the buildings are hotels, while the central promenade used to be a garden but was remodelled in 2006 by renowned architect Alvaro Siza Vieira who also designed the city's Serralves Museum.

At the top of the avenue stands the Town Hall, a palatial building with a tall bell tower (70m high).
Made of granite and marble, its design was influenced by municipal architecture of Flanders and France.

In front of the building is a modernist statue of Portuguese writer Almeida Garrett.

At the other end of the avenue is Praça da Liberdade, a square adorned with a statue of King Pedro IV on a horse.

There are also several cafés, including the historical "Guarany." Sit at one of the tables on the pavement outside to watch the world go by, and pass by the city's main tourism office by the Town Hall.

Location: City center
Getting there: Metro - Aliados or Trindade stations.