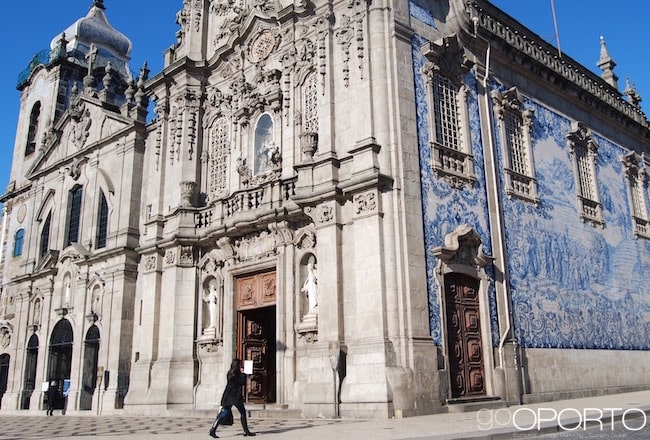 Look carefully and what looks like just one big church are actually two, connected by what is one of the world's narrowest houses - just 1 meter wide.

To the left is Carmelitas Church, part of a former 17th-century convent with a simple classical façade, a bell tower, and a richly gilded interior.

To the right is Carmo Church, built later in the 18th century. It's a magnificent example of late baroque architecture, with a single nave made up of elegant gilt carvings in seven altars by master Francisco Pereira Campanhã.
Outside, an extraordinary side wall is completely covered in blue and white tile panels.

The house that separates the two churches was inhabited until about 30 years ago. It was built due to a law that stated that no two churches could share a wall, while also ensuring chastity between the monks of Carmo and the nuns of Carmelitas.

Location: Rua do Carmo
Getting there: Walk from Avenida dos Aliados