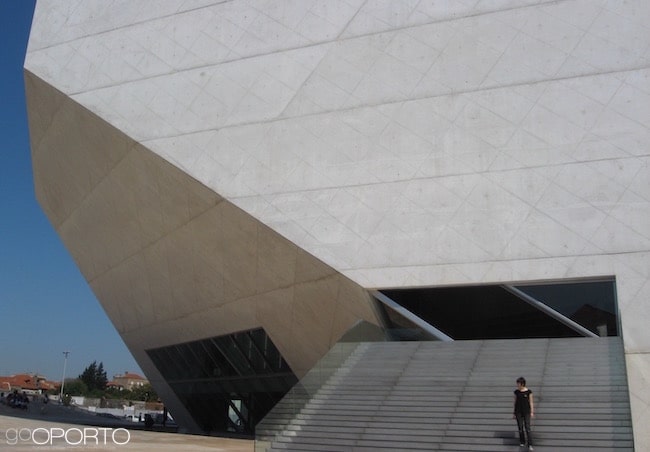 It opened in 2005, and for admirers of architectural marvels it justifies a visit to Porto on its own.

The striking white concrete structure is an inventive building. Inside the 1,300-seat auditorium of perfect acoustics is a baroque organ pinned to the wall, while the VIP room has hand-painted blue tiles, blending contemporary minimalism with traditional touches.
You can see it all in a highly-recommended guided tour.

The major international orchestras have played here, and there is also a resident company.

From outside, some have described the building as looking like a meteorite landed in the middle of the city. It's located on the city's main avenue (Avenida da Boavista, that stretches for 7km toward the sea), on a roundabout that is overlooked by a column bearing a lion and a flattened French eagle -- a monument that celebrates the victory of the Portuguese and British in the Peninsular War against Napoleon.