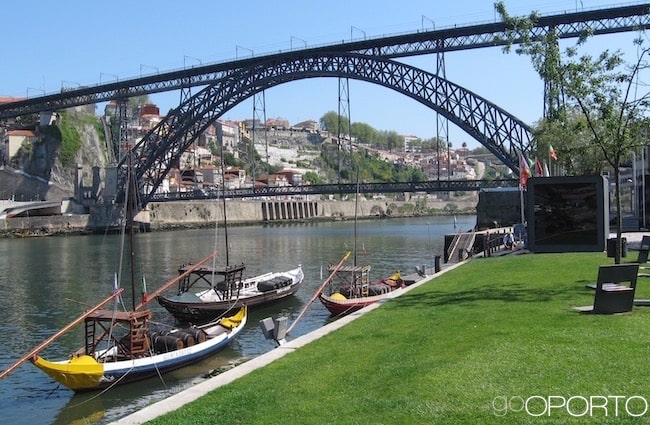 Porto's iconic bridge opened in 1886, when it held the record for the longest iron arch in the world. Today, the Metro crosses the upper level, while the lower level is used by cars and pedestrians to cross the river between the center of Porto and the spectacular city views and port wine warehouses of the municipality of Vila Nova de Gaia.

There are four other bridges in the city, best seen on a Douro River cruise. The most famous of all is the impressive Dona Maria Pia Bridge, also an iron railway bridge, completed in 1876. Designed by Gustave Eiffel before he built the famous Paris tower, and named after King Luis I's wife, it held the world record for the largest span for seven years. It remained in service until 1991, but today it stands as a national monument (it has also been designated an "International Historic Civil Engineering Landmark" by the American Society of Civil Engineers).

The other bridges are Ponte do Infante (whose central 280-meter reinforced concrete arch is the world's longest), the triple-arched Ponte de Sçao João, and Arrábida Bridge -- the least attractive of the city's bridges, but representing a mean feat of engineering: spanning 270 meters, and supported by a single arch. It was the largest such reinforced concrete bridge when inaugurated in 1963.